We are trained Improv directors, performers, therapists and creative professionals who can assist with the use of applied Improvisation in the improvement of mental health.

Lisa Bany is Chief Improv Officer at Improv Therapy Group. Lisa is an instructor, director and coach at The Second City. She has authored numerous books, including On Stage: Theatre Games and Activities for Kids, which was awarded the Parent's Choice Approval Seal for Excellence in Education, has been translated into German and Korean, and is sold around the world. She started teaching at The Second City in the early nineties and has directed and taught throughout the Chicagoland area.  Lisa was one of the first teachers in the Second City Wellness Program where she has taught Improv for Anxiety, Improv for Parkinson's Patients and their Caregivers, and Improv for the Autism Spectrum.

A graduate of Columbia College, Lisa has taught improv with The Association for Applied and Therapeutic Humor, The National Alliance on Mental Illness, and Arlyn School for teens with Anxiety and Autism Spectrum Disorder. She has also created and directed performing arts summer camp programs with Play On, Northlight Theatre, Light Opera Works and the JCCs of Chicago. 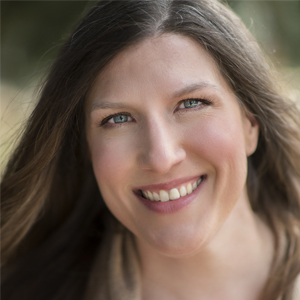 Angela Nino is the Chief Executive Officer for Improv Therapy Group. She has an extensive background in teaching business leaders how to have difficult conversations. She is a veteran instructor in training workplace investigators to engage empathy, a technique that has influenced private enterprises, Fortune 500 companies and government agencies.

Jackie (she/her/hers) is a Licensed Practicing Counselor (LPC) in the state of Illinois. Jackie earned her Master’s Degree in Clinical Mental Health Counseling at Adler University and her Bachelor’s Degree in Psychology from Central Connecticut State University.  She believes in the therapy of laughter and the power of “yes, and” while working with those who are looking for different ways to express themselves throughout their journey. As an individual and group psychotherapist, Jackie enjoys establishing a connection, building respect and trust and providing empathy towards the clients, allowing their time to be safe and productive. Common therapeutic approaches Jackie may use within sessions are cognitive behavioral therapy (CBT), dialectical behavior therapy (DBT), acceptance and commitment therapy (ACT), solution-focused therapy, harm reduction techniques, and exposure and response prevention (ERP). She has experience working with a wide scope of clients, helping each manage inner battles with general anxiety, depression, career growth, communication, relationships, anxiety disorders/OCD or substance abuse/addiction. While Jackie’s experience has touched a number of populations, she strives to assist in self exploration and identify solutions to increase quality of life for each group and individual client.

Rick Levine is an entrepreneur with an artistic side. He co-founded Act I Bookstore, PerformInk Newspaper, UniformMarket and Sellers Commerce. He has been a part of several Improv groups over the years and performed in non-equity productions. He is a graduate of the Second City Improv Training Program and has a degree in Theatre from Macalester College.

Lee Gorsky received his Ph.D. in Biological Chemistry from the University of Michigan. Getting out of the lab he joined the U.S. Environmental Protection Agency where, among other things, he was responsible for teaching Risk Assessment and Risk Communication. This teaching component of the job took him all over the US and to Russia, Latvia, Lithuania and Estonia. As an entrepreneur Lee was the founder of Lucidum, Inc which focused on Online Training Program development. He was also a co-founder of UniformMarket and Sellers Commerce. Lee is currently focused on helping to bring the benefits of Improv to the many diverse audiences that can improve their life skills through the improv exercises of the Improv Therapy Group.

Jeri is a Licensed Clinical Social Worker (LCSW) who earned her Master’s and Bachelor’s Degree from San Diego State University.  Jeri has also earned the esteemed “License to Amuse” from the Jacquie Lowell School of Comedy Improvisation. She utilizes Cognitive Behavioral, Solution Focused, Dialectical Behavioral, EMDR, and Positive Psychology in her clinical tool box as well as her own empathy, acceptance and interpersonal skills. She has 20 plus years of experience as a SIDS peer support, Presenter, and Event Organizer along with being an active member of the SIDS Advisory Council and Southern Regional SIDS Council in the state of California. She specializes in working with individuals struggling with trauma, loss, anxiety, depression and personal growth. She enjoys gardening, fluffy dogs, lip syncing and anything that makes her laugh.

Miriam L. Kirscht, LMSW is a social worker, teacher, and theatre artist with over 20 years’ experience integrating improvisation and drama into her mental health practice.  She holds both a Masters of Social Work and a Masters in Theatre Arts.  Miriam has worked in a variety of settings, including substance abuse treatment, corrections, community mental health, and (currently) outpatient therapy.  While at Community Mental Health in Washtenaw County, Michigan, Miriam directed a theatre troupe of  adults with mental health issues, for the purpose of raising empathy and decreasing stigma.  Currently she is a member of the North American Drama Therapy Association.  Miriam has repeatedly witnessed how improvisation leads to greater freedom and healing, and diminished isolation.

Megan Sweet is an improv instructor, stand up comedian, and storyteller. Megan is also the founder of IMPROVed Mind. IMPROVed Mind is dedicated to bringing applied improvisation, mindfulness, and social and emotional learning to persons of all ages. With an educational background in Communications/Theater, Child, Couple & Family therapy, and School Counseling, Megan utilizes a multisystemic lens in empowering others to connect with their creative and silly side. Megan is a mental health advocate and continually works to create more open dialogue regarding mental wellbeing in the workplace.  Megan has a Masters Degree in Couples and Family Therapy and an M.A. in School Counseling.